URI vs URL: Differences And How We Use Them →

Home > Blog > Blog Post > URI vs URL: Differences And How We Use Them 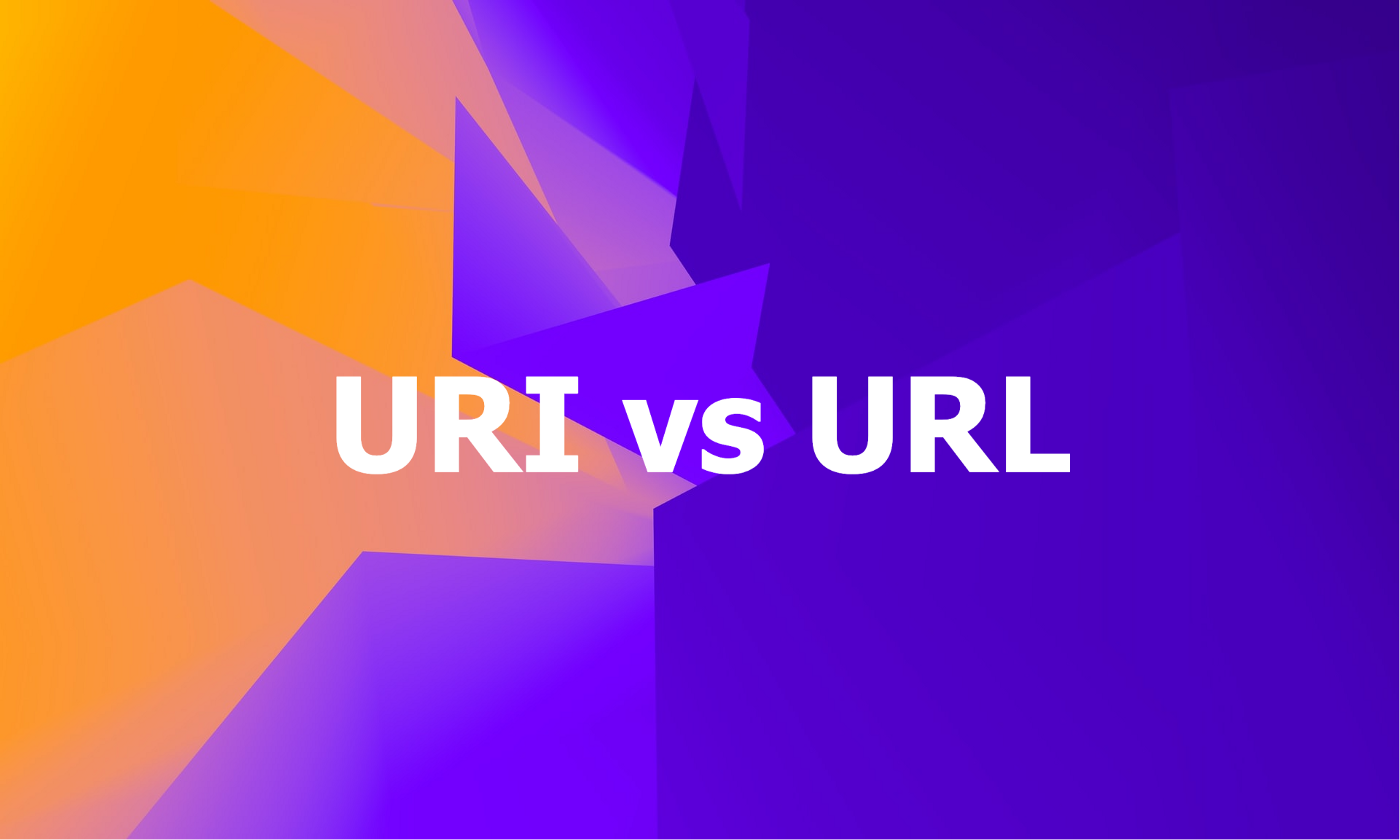 As we have experienced in our online presence, In many places universal resources identifier URI and universal resources locater URL are interchangeable. But we found later, that they have many differences too. It will add value to your website ranking if you understand the difference briefly. We can say the main difference between them, is URI is the name and location, or both. On the other hand, URL is the only resource location finder.

Furthermore, in this blog, I will try my best to explain the differences between them more precisely. Along with their main function and structure as well. Here I will also elaborate on their pros and cons correctly.

Differences Between URI and URL

Here is given a comparison table that clearly defines what differences exist between them.

After finding out the main differences between the two here we further discuss the types of URI.

While acting as a persistently, independent location identifier, It has aimed to identify resources permanently. It means where ever you go its resource remain valid even though the location is being changed.

A URL specifies the method to obtain a representation of the physical location through the description of the primary access mechanism or its network location. The resources it tries to locate can be a web page, a video, an image, or any document published online.

Unlike a URN, this internet resource identifier is not always persistent and location-independent since it specifies the path to the resource, which may change over time. Also, a URL does not follow the URN scheme.

The main difference between both identifiers is that a URN specifies only a resource’s name, while a URL needs the accessing technique or protocols to retrieve the resource’s location.

Here we further discuss the elements of URI syntax

A scheme is considered one of the main elements that are not only defining the address system but also in some cases acts as a protocol for accessing resources. I am here trying to figure out the difference; the Scheme is merely used in web browsers whereas the resource is built –in the clients and does not have any association with a specific protocol. The scheme is the combination of digits, letters, signs, periods, hyphens, and colons. The most commonly used URI scheme are including HTTP, FTP, HTTPS mailto, and file respectively.it can be better understood by the following example;

If the URI is
File:website.com/pathtofile/intro.pd the scheme name is file.

This is as being optional component proceeds by double slash and is being terminated by slash and a question mark or it may be hash, it further divided into three sub- components.

For example, the authority components are shown below. File: website.com/pathtofile/intro.pd is website.com

The path contains a sequence of data segments that describes the location of a resource in a directory structure. It should be empty or separated by a slash. For example, telnet://192.0.2.16:80/ or foo://info.example.com? Fred is a valid URI with an empty path since there’s no indication of the specific resource location.

This is also an optional component leading toward non-hierarchical data.it is a string of key=value pairs this is sustaining question mark. For example; if the URL is
https://example.org/test/test1? Search=test-question#part2 In it query component is search=test-question.

This has been loaded with a fragment identifier directed toward the secondary resource. It acts as a bridge in connecting to primary resource it proceeds by hash symbol and is being terminated by URL end. The example is given below; http://example.org/test/test1? Search=test-question#pat2

Each URL should be following URI syntax that is quite in resemblance with URI. An example of the URL syntax is given below; http://www.example.com/forum/qustiontag=networking&order=newest#top The above-mentioned URL is further divided into segments.

The URL syntax is working as a protocol being used in retrieving resources. The function of the URL scheme is to provide an application that your device uses to open a URL. The most commonly used protocols for URL schemes are;

In addition to that, there are some protocols being used as mailto links in identifying email addresses. The main purpose is to specify database access which is based on the user’s requirement.

As for as authority is concerned this is separated by a double slash. This is divided into further two components. One is the domain name and the other is the port connecting to the resource you are in access to. As we already know the domain is a registered name of the resource. As www.technopixelss.com etc.

As for port is concerned it is specifying which web service you have been requesting on a web server. For example, the web port number for HTTP URL is 90 and HTTPS URL is 588, in this case however if the web server is using a standard protocol like HTTP or HTTPS  the port will definitely omit from the URL.

This is usually found influential in specifying the location of a web page or it may be other files that users want to access within a particular domain name. A path may also consist of asset file extension which can be images or documents. However, it has also been seen all URLs is not containing path components. Revolution in technology has changed the preexisting way and shortened the URLs.An example of it is given below; …/software/htp/index.html or …/forum/question/.

Usually, the query string is functioning in delivering data about the resource on the web server and is being preceded by a question mark.it actually consists of key and value pairs that are being separated by an ampersand, the example is given below;

The data stored on the query string is stateless. It means each in-process request acts like an independent one and does not have any co-relation with the previous. As a result, the connection between the browser and web server will automatically be closed once it has been ended.

Additionally, the strings are also used as URL query parameters which are having some purpose. It helps users in browsing content from a resource.

For better understanding, it is essential to know the differences between URLs and URI. A URL stands for uniform resource locater and URI is the depiction of a universal resource identifier of name location or both. As we already know the URI further has different types of files and resources.

As for as the URL is concerned, it acts as a string of characters that is showing the resource address and method which we can access on the web page. A URL is a part of URI. They are following the same structure. I hope this blog will help you in understanding the difference between them.

What Are Subdomains? A.

We use cookies on our website to give you the most relevant experience by remembering your preferences and repeat visits. By clicking “Accept All”, you consent to the use of ALL the cookies. However, you may visit "Cookie Settings" to provide a controlled consent.
Cookie SettingsAccept All
Manage consent

This website uses cookies to improve your experience while you navigate through the website. Out of these, the cookies that are categorized as necessary are stored on your browser as they are essential for the working of basic functionalities of the website. We also use third-party cookies that help us analyze and understand how you use this website. These cookies will be stored in your browser only with your consent. You also have the option to opt-out of these cookies. But opting out of some of these cookies may affect your browsing experience.
Necessary Always Enabled
Necessary cookies are absolutely essential for the website to function properly. These cookies ensure basic functionalities and security features of the website, anonymously.
Functional
Functional cookies help to perform certain functionalities like sharing the content of the website on social media platforms, collect feedbacks, and other third-party features.
Performance
Performance cookies are used to understand and analyze the key performance indexes of the website which helps in delivering a better user experience for the visitors.
Analytics
Analytical cookies are used to understand how visitors interact with the website. These cookies help provide information on metrics the number of visitors, bounce rate, traffic source, etc.
Advertisement
Advertisement cookies are used to provide visitors with relevant ads and marketing campaigns. These cookies track visitors across websites and collect information to provide customized ads.
Others
Other uncategorized cookies are those that are being analyzed and have not been classified into a category as yet.
SAVE & ACCEPT